Find and read reviews with confidence 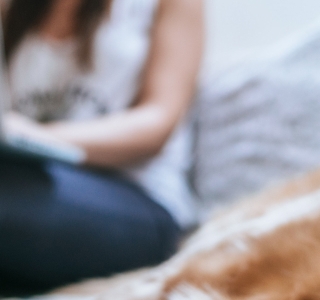 With a growing range of cat and dog insurance policies on the market, it can be hard to find the best pet insurance to suit your individual needs and budget.

We enable pet owners to share their experiences of some of the leading pet insurance providers, so as well as being able to compare the best pet insurance plans available based on cost, levels of coverage, exclusions and deductibles, you can read thousands of pet insurance reviews from other owners across the U.S. and Canada.

Our helpful pet insurance reviews can help ensure you find a policy that’s right for you.

Embrace Pet Insurance contacted us after a terrible experience with VPI. We just had to file a claim and it was all settled in less than a week. They are deeply committed to our dog's health and we recommend them to our friends without reservation.

Although I have had a couple of negative experiences with Petshealth, I must say that they seem to be the ONLY pet insurance company willing to insure older pets. They will insure dogs up to 13 years and cats up to 15 years. They will even insure the pet with their top plan, regardless of age, if there are no pre-existing conditions. I have a 13 year-old cat who has never been sick a day in his life. I was able to insure him with Petshealth under their most extensive plan. A few things to watch out for, though. First, unless you get their top plan that covers chronic and/or recurring illnesses, if your pet is diagnosed with some illness and/or injury in one plan period, as soon as the plan period renews, it is considered a pre-existing condition and coverage will stop. This is a bad deal if, say, your pet is diagnosed with cancer a week before your plan renews because in just one week, the coverage for the cancer will stop. That's crappy. Also beware that any congenital and/or hereditary condition is not covered on ANY of their plans. So, that immediately excludes a boatload of illnesses as there are lots and lots of disorders known in hundreds of breeds. But, again, if you need to insure a senior pet, this is probably the only option you really have.

Pets Best is the WORST

I have never had so much trouble submitting a claim and getting payment - not even with our Human health insurance. We submitted a claim for an injury for our 4 month old puppy, and it was denied because they said it was a sickness, not an injury. We went back to our vet, and she said it was indeed an injury, and submitted the claim for us again outlining that it was an injury. The claim was denied again, stating that it must have been a "pre-existing condition" becuase it was filed only about a week after our puppy was covered. We had applied and gotten coverage for our puppy as soon as we got him. We were so glad we had done it so quickly when he hurt his arm, and took him in thinking we would be taken care of by the insurance we were paying for. Now, here we are, 3 months later, $200 in premiums and $250 in vet bills and they are still refusing to cover the claim. We would be better off if we had just budgeted the money we were paying for insurance premiums, and now were out over double that. These people are nothing but a bunch of crooks!

I canceled coverage with them after only several months. None of the claims I submitted were paid. They used one of two excuses - either the condition was classified as pre-existing (an infection located in an entirely different part of the body from a previous one) or routine care (since when is accupuncture routine???).

I've had pet insurance on my 4 dogs for only a little overa year, and so, I had very little experience with any of the pet insurance companies. 3 of my dogs are relatively young (1,2, and 5), but my 4th dog is 13 years old. Because of that, I had trouble finding a company that would insure her (besides basic accident coverage) but PetsHealthPlan said that they would, and, so, initially, I was ecstatic. They requested her medical records, reviewed them, and then, noted one pre-existing condition -- hypothyriodism -- which is quite treatable and just requires my dog to be on medication for the rest of her life. Other than that, she was in perfect health. Well, within 2 months of obtaining the insurance, this dog came down with gastroenteritis -- a $108 vet bill, and of that, $91 was applied to my $100 deductible. So far, I was impressed with Pets Health...but also note that they had NOT paid out anything yet, but they were taking my $50 a month premium. Then, a month ago she started coughing, and after doing bloodwork and an x-ray, the vet finally diagnosed her with inhalant allergies -- a $300 vet bill. I submitted a claim and it was denied saying that allergies can result from hypothyriodism, and so it was a result of a pre-existing condition. I told my vet about this, and she said NO, skin allergies can result from hypothyriodism NOT inhalant allergies. So, now I am appealing it and they are saying "they are looking into it". Finally, about 2 weeks ago, my dog fell and slipped a disc in her back. She had a $2500 back surgery yesterday, but PetsHealth is telling me that it won't be covered because back injuries(IVDD) are common for her breed. The surgeon says that he doubts it is IVDD -- she just simply hurt her back when she fell, which should be classified as an injury. PetsHealth says it doesn't matter -- her breed is prone to back injuries, and it's not covered. I am very upset with this company now. I see how they lure clients in, though, and it is very deceiving. Their biggest point of advertisement is the fact that their plans cover "wellness care" -- routine vaccinations, heartworm tests, dental cleanings, etc. The problem with that is that those things are relatively cheap -- maybe $150 - $200 per year. Most people get pet insurance to have peace of mind that the MAJOR things will be covered -- not just the $150 routine, annual exam. In addition, when I called to see if my dog's back surgery was covered, as soon as I told the customer service representative how much the procedure was going to cost, he became very rude and attempted to end the phone call as quickly as possible. In my opinion, this company is just one big scam. Their premiums are ALOT higher than the competitors, and they won't pay for a single thing once it gets past your deductible.

Pets Best is the BEST!I have researched until I could not look at my computer anymore before I selected insurance for my pets, and let me know tell you Pets Best is the best pet insurance company out there!! Number two: Khrystal Hinkel,in customer service,is an absolute gem, and I feel a true asset to Pets Best customer service. She helped me for over an hour to work out a new plan to keep all 9 of my pets on an insurance plan. I am sure you can imagine trying to have a monthly premium for all 9 pets was pretty straining our our pocket book. I work in the customer service industry and the service that Khrystal offered was absolutely outstanding, along with her follow up. I was so impressed with her commitment to helping me with a smile, I wanted to let everyone know what an asset fhey have on their team. I could only wish I could find someone like that out here to join my team! Sincerely, Kimberly Warner

Plans That Fit Our Needs

I activated a family plan for our three rottweilers primarily for the routine care but its great to know they have the accident and illness coverage if they ever need it! The enrollment process was easy online and took about 5 minutes.

Being in an insurance industry myself, I did a lot of research on pet insurance companies before finally deciding on Embrace. After my recent first claim experience, I can finally say that I've made the right decision. The claim process was easy and I like that there was a representative keeping me updated throughout the whole process. My main reason for getting pet insurance in the first place was simple, that is to prepared for the unexpected. Embrace is just what I needed. It doesn't cover routine checkup but covers just about anything else.

Based on the pretty good reviews here I was about to give PetFirst a try but thankfully read their exclusions prior to signing up. The most concerning exclusion is the second-to-last in their list and reads as follows: "Continuous coverage of chronic and long term conditions that manifest in a previous policy year". Which I understand to mean that if your pet were unlucky enough to be diagnosed with a chronic or long-term illness at the end of your policy year, this illness will not be covered anymore, even if you renewed your policy for another year. I'd say: Buyer beware, because these kinds of illnesses are usually the ones that are the most costly and to discover that you do not have coverage for these anymore because your policy is up for renewal - I don't know. Sounds like a raw deal to me.

Everyone that i have talked to at this company is great. They answered all my questions and always got back to me with a fast response. This insurance company was really a life saver for my dog, if they wouldnt have been able to cover the work that my dog needs i probably would have had to put him down.... I guess you could say they were my dogs guardian angel! We have really appreciated all there hard work and with a quick speed! I will be sending all my friends there way!