One of the most common problems for dog owners is Rover going berserk whenever he’s put on a leash. Known as leash aggression, dogs often become aggressive when they’re placed on a leash. Although they’ll rarely follow through on their threat to bite, this behavior can be highly embarrassing for the owner. 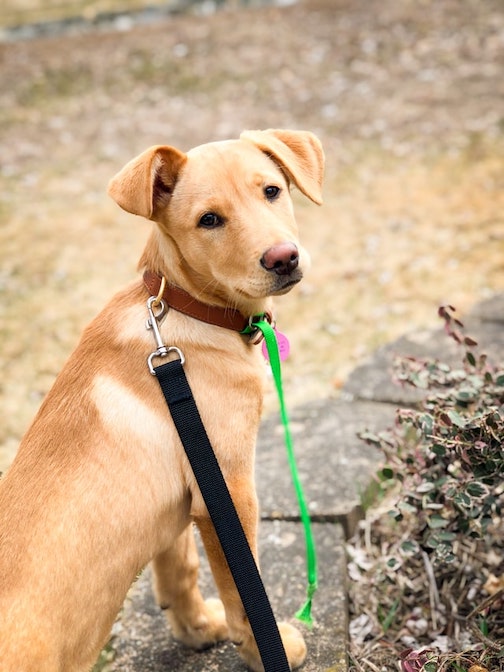 What is Leash Aggression?

Dog on leash aggression can occur due to two major reasons: frustration and fear.

When a dog is on a leash, they lose control. They become frustrated because the leash acts as a barrier to sniffing, seeing, and meeting. When they lose agency by being placed on a leash, they express this frustration through growling, lunging, and barking.

Is your dog aggressive on leash but not off? Dog leash aggression can also occur due to fear. When your dog is scared, they turn to fight or flight. If they’re unable to run or defend themselves, they will panic, which masquerades as aggression.

Puppies or dogs with a history of abuse are more likely to experience fear-based dog aggression on leash.

Noticing the first signs of aggression caused by being placed on a leash is the first step to determining whether you need to invest in leash aggression training. There are a few major signs to look for, including:

Every dog will display different signs of aggression or fear. This is why owners need to analyze the way their dogs behave. Over time, you’ll have a firm idea of how your dog is feeling.

How to Stop Leash Aggression

Both forms of aggression occur due to a lack of socialization training. Your dog is either scared of other dogs or sees them as a threat and becomes aggressive.

You need to teach your pet that other dogs are neither of these things. There are numerous strategies you can implement. 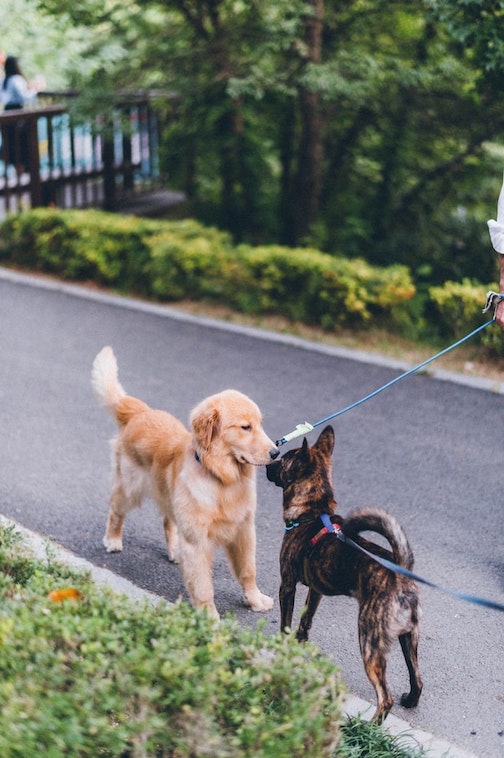 So, how should you go about preventing these negative behaviors? Every dog is different and may require a different combination of strategies. However, dog experts say that most canines will respond to the same corrective behaviors.

What surprises many owners is many instances of aggression are caused by their body language and behavior. Remember, your pet is highly attuned to the way you act. Changing this can alter the way your dog reacts to the presence of other canines.

When owners attempt to socialize their dogs, they often approach in the same way a human would.

Forcing a dog to approach another dog head-on is a sign of aggression. Dogs will greet each other by approaching in a sideways arc before sniffing each other’s genitals. This typically lasts only a few seconds.

Owners may respond to instances of aggression by yelling or forcing the dog to sit/lie down. Punishment is counterproductive because dogs will then associate the punishment with the negative stimulus that makes them aggressive; therefore, it compounds the problem.

Instead, move away from the trigger the moment your dog looks like they’re about to react. Create distance between themselves and the trigger.

It doesn’t take much to grab the attention of a dog, especially puppies. Rather than training them at a busy dog park, gradually build up their confidence through low distraction environments.

You want them to feel confident without feeling territorial. Try taking them out to different parks and streets.

Reward and Distract Through Treats

Treats are an owner’s best friend for any form of training. If a dog begins to show signs of aggression, distract them with a treat. Show them that their lack of dog leash aggression leads to a reward.

The treat game is the easiest way for your dog to associate certain behaviors with positive outcomes.

Leash aggression training is the best way to socialize your canine. Too many owners make the mistake of inviting their friend’s dogs over to play. You need to socialize your dog with care in a controlled, neutral environment. Remember, dogs are extremely territorial.

Formal training allows the experts to take over and use their techniques to improve your dog’s behavior. They can also teach you about what you’re doing wrong and what you can do to prevent aggression going forward.

Leash training can be one of the toughest obstacles for dog owners to overcome. Rather than living in fear of coming across another dog, get your pup the professional training they need.

In the meantime, make sure they (and you) have the best protection by contacting Pet Insurance Review for a free pet health insurance quote.