“Pit Bull” does not refer to one specific breed, but refers to a group of breeds all believed to descend from dogs bred for bull-baiting in the 18th century. These were a cross between English Bulldogs and American Terriers.

Pit Bull breeds have come a long way since those days, but sadly still suffer from a bad reputation.

Because of this reputation, the American Pit Bull Terrier is the most commonly-found breed in shelters across the USA, and the other Pit Bull breeds are close behind it.

Studies have shown that media spin and gossip have destined these poor dogs to a much longer wait in rescue centers, or worse to euthanasia. However, with the right love and support from their owners, Pit Bulls can be as loving and gentle as any other breed. They make great guard dogs and very loyal companions. 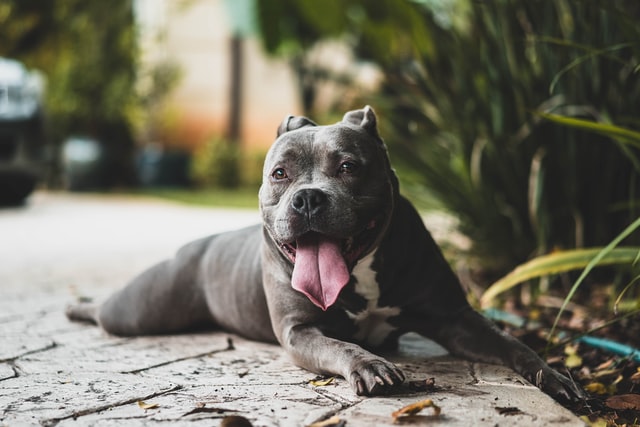 When pit bull dogs were first created in the 18th century, they were a mix of bull dogs and terriers, hence the name ‘pit bull terriers’.

Despite being an American favorite known as “Nanny Dogs” for much of the 19th and 20th centuries, irresponsible dog owners and illegal breeding has led to their inaccurate and unfair reputation as aggressive dogs that make dangerous family pets.

The media has spun them as an aggressive dog breed used for dog fighting or causing fatal dog attacks.

The temperament of the Pit Bull varies with the breed and individual personality, but in general, these dogs are intelligent, sensitive, and loving companions.

Their intelligence and their loyalty make them highly trainable, and having regular training sessions with your Pit Bull will help to build a close bond between the two of you.

Pit Bulls love people and want to be involved in all elements of family life. If brought up with children they are known to get on well with them and even “protect” the children of the house, hence the old nickname “Nanny Dog”.

They are gentle and tolerant creatures, with an abundance of patience, so will put up with a lot of attention from young children, and even enjoy it!

Whilst there are many recorded cases of dogs playing gently with children and protecting them from falls, it should be stressed that no dog should ever be left unsupervised with a young child, as accidents can happen and children may push a dog too far, unable to read its body language.

As mentioned above, the temperament of the Pit Bull, like any dog breed, is dependent on the owner and its early socialization.

Pit Bulls bred by responsible breeders and raised by good owners will grow up to be sweethearts, whereas a puppy brought up in the wrong hands can just as easily display vicious behavior.

There is no official definition as to which breeds count as Pit Bulls, but the following breeds are most commonly listed as pit bull type dogs:

As you might guess from their similar names, these breeds are all very similar dogs who share a stocky build, wide heads, and wide, smiley mouths. Pit bull dogs are often mixed breed dogs with a square head being labeled.

More than 700 U.S. cities have enacted breed-specific laws which prohibit or restrict the breeding, selling, and ownership of Pit Bulls, referring to them as “dangerous breeds”.

Despite this, many recent studies have shown that they are no more dangerous than any other breed, in fact, they are one of the most tolerant, second only to the Labrador Retriever.

Their bad reputation is largely due to several high-profile cases of Pit Bulls biting people, which gave the impression that they are unpredictable dogs. However, these stories rose to the fore for several other reasons:

As one of America’s favorite dogs, there are simply more Pit Bulls than other dogs. There may have been more reports of Pit Bull dog bites but compared with how many Pit Bulls there are in total, the percentage to attack a human is much lower than some other breeds such as Chow Chows. Pit bull dog bite statistics can be misleading without considering this.

Their stocky, muscular build made Pit Bulls a favorite for gangs and groups of young people who wanted the dog to help them look tough. Many of these people were irresponsible owners who mistreated their dogs and encouraged aggressive behavior.

The restrictions on breeding Pit Bulls didn’t mean there were any fewer around, it just meant that illegal breeders were breeding and selling unregulated puppies, and owners of Pit Bulls were scared to take them out in public to socialize them properly.

All these reasons have contributed to a bad reputation for the Pit Bull and an opportunity to stir up fear in order to sell papers, starting with this high profile article in Time magazine which sparked a flurry of similar articles in the press.

Besides, a big muscly Pit Bull is a much better villain for the papers than the big fluff ball that is the Chow Chow, despite the Chow being much more prone to aggression.

Adopting A Pitbull From A Breeder Or Rescue

If you are wanting a registered dog, then consider adopting from a reputable breeder recognized by the American Kennel Club. Remember that a Pit Bull is just a blanket term for breeds like American Staffordshire Terrier and American Pit Bull Terrier.

Exercise And Nutrition of Pitbull Dogs

Pit Bulls are large, muscular dogs and so need lots of activity, both mental and physical. A long walk or run around twice a day should keep your dog happy and healthy, along with a good game of tug to work those powerful jaws. Pit Bulls get bored easily and may end up being destructive if not exercised enough.

Regular training is the best way to mentally exercise your Pit Bull. It improves the behavior of your dog, exercises his mind, bonds you both together, and the dogs enjoy it as they are getting treats!

As the Pit Bull is quite sensitive it’s important to use positive reinforcement (rewarding the right behavior with treats and praise) rather than negative reinforcement (punishing the wrong behavior) as the latter can upset the dog and lead to unwanted behavior.

As well as daily exercise to ensure your dog doesn’t become overweight, high-quality dog food should be fed to your Pit Bull twice a day. The amount you feed your dog will depend on their age and size. Always read the label or seek advice from your veterinarian if you are unsure.

Pit Bulls do have their share of health issues, which is why it’s a good idea to take out dog insurance for your Pit Bull while they’re still a puppy. However, these issues will vary by individual breed and line, and because of the quite high amount of cross-breeding in Pit Bull types, they are at a much lower health risk compared to some pure breeds such as Labradors.

Hip Dysplasia refers to when the ball of the thigh bone doesn’t sit properly within the socket of the hip. It is common in many breeds of dog and causes discomfort when moving around. It is often hereditary, so if buying a puppy be sure to view the health records of both parents to check for the condition.

This can include several different diseases which affect different parts of the heart, but all will produce symptoms such as coughing, difficulty breathing, weakness, and loss of appetite. Your veterinarian will be able to detect heart murmurs or irregularities at a routine check-up, so it’s important to ensure you are visiting the vet at least once a year to spot signs early.

Pit Bull breeds can be both greedy and determined, a dangerous combination when it comes to food! They may topple bins to rummage for scraps inside or sit with the sweetest expression begging for a bite of your grilled cheese.

To stop them becoming obese, make sure to control their diet and resist those eyes! Find out more about the dangers of obesity in our dog obesity guide.

Hyperthyroidism can occur when the thyroid gland isn’t producing the right hormones, specifically “thyroxine” which helps to control a dog’s digestive system. Luckily Hyperthyroidism is easily treated with medication but if left untreated it can lead to symptoms such as hair loss, dandruff, and weight gain.

Allergies are the most common conditions found in Pit Bulls and are hugely broad. Your Pit Bull could be allergic to food, pollen, cleaning products in your house, or something else entirely!

If your Pit Bull is displaying symptoms such as itching or sneezing, talk to your veterinarian about possible allergens. They will either be able to prescribe antihistamines for unavoidable allergies such as pollen or recommend a low allergen food brand if that’s the problem.

Allergies aren’t the only thing that could cause itchy or red skin on your Pit Bull. There are a variety of possible skin infections that Pit Bulls are sadly prone to, however most of these are easily treatable by your veterinarian. Take a look at our guide to skin conditions in dogs to find out more about the most common infections. 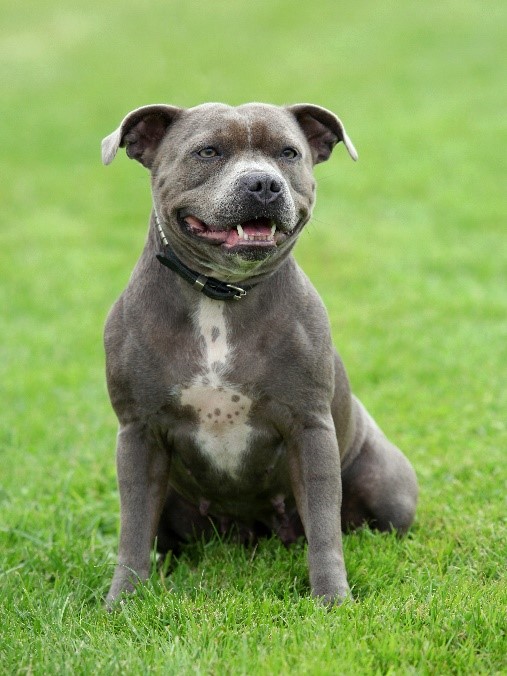