Great for those looking for a lively, low maintenance breed.

Dachshunds are a breed loved for their lively and engaging personality, as well as their reputation as the world’s cutest hot dog on legs!

They are sometimes called the wiener dog or sausage dog because of their long bodies and short legs.

Dachshund owners are breed-loyal to the core and enjoy participating in “doxie” activities such as breed shows, dog sports, owners’ clubs, and longest doxie contests. 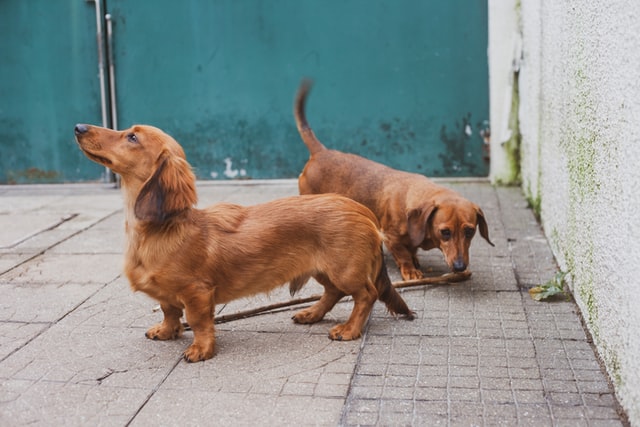 Dachshund is a german word meaning badger dog. You would not expect that these tiny dogs were hunting dogs.

They were originally bred to dig into badger dens and get the badgers to come out. These small dogs had to be very brave to hunt badgers.

A variety of coat types were bred, such as the wirehaired dachshund making it better for thorny patches, or the longhair dachshund for colder climates.

Dachshunds are a national symbol of Germany. It wasn’t until World War I that they became popular in the United States.

Today, Dachshunds have a loud bark thanks to their badger hunting ancestors.

Characteristics Of The Dachshund Dog Breed

The breed is fast becoming a favorite with families for both its size and personality. They are an easily recognizable dog breed because they have a low profile with a long body.

Dachshunds come in various shapes, sizes, and colors, making them the perfect dog if you’re looking for variety.

Shorthaired, longhaired or wirehaired Dachshunds are all equally adorable; however, the long-haired and wire-haired varieties require more grooming to stay looking their best.

Training Dachshunds can be difficult because they are known to be a rather stubborn dog breed.

Adopting A Dachshund From A Breeder Or Rescue

When you are adopting a dachshund puppy, it is best to adopt from a reputable breeder that is recognized by the American Kennel Club as a dachshund breeder.

Exercise And Nutrition Of Dachshunds

It is recommended you exercise your Dachshund for up to 30 minutes a day when they reach adulthood.

Dachshunds are easily exercised so a short walk around the block twice a day will be sufficient in terms of keeping them happy and healthy.

Although bear in mind that some Dachshunds don’t like being outside in bad weather, so you may find that your dog is reluctant to go on walks during the rainier months of the year.

Feed your Dachshund twice daily. If you have any concerns or questions about how much to feed your dog or how often, please consult your veterinarian for advice.

Dachshunds do have their share of health issues, which is why it’s important to take out dog insurance for your Dachshund puppy while they’re still at a young age.

Spinal and back injuries are the most commonly cited issues by owners of this breed. This is because their backs have been made fragile by inbreeding for color, coat length, and other features not traditionally associated with the breed.

Intervertebral disk disease is also a concern for Dachshund owners, as it commonly affects breeds with short legs and wide backs.

There are several types of intervertebral disk disease, but all manifest similarly and involve herniated disk rupturing and putting pressure on the spinal cord. Symptoms include lower back pain and incontinence, and the condition can even result in paralysis if left untreated.

Dachshunds are famous for their large appetites. However, this can sometimes have devastating results, so it’s important to keep toxic foods and other high-risk items well out of your dog’s reach and be aware of the signs of obesity.

Gum disease is common in this breed, and occurs when a tooth’s deep supporting structures become inflamed. After the gums have become infected, spaces can form between the gums and the teeth creating pockets of space for bacteria to grow, resulting in periodontal disease.

Be sure to take your Dachshund to your vet and brush their teeth regularly to ensure their dental health is up to scratch.

Epilepsy is another condition that commonly affects Dachshunds.  If your pet starts suffering from seizures consult your vet who will be able to prescribe the best course of treatment for your pet’s condition.

Hypothyroidism is also common in this breed, and occurs when the thyroid glands fail to secrete enough thyroid hormone.

This can lead to a slow metabolic rate, which can result in weight gain, a slowed heart rate and an intolerance to the cold. It can be managed effectively with thyroid hormone replacement tablets; however your Dachshund will need to take this medication for the rest of their life. 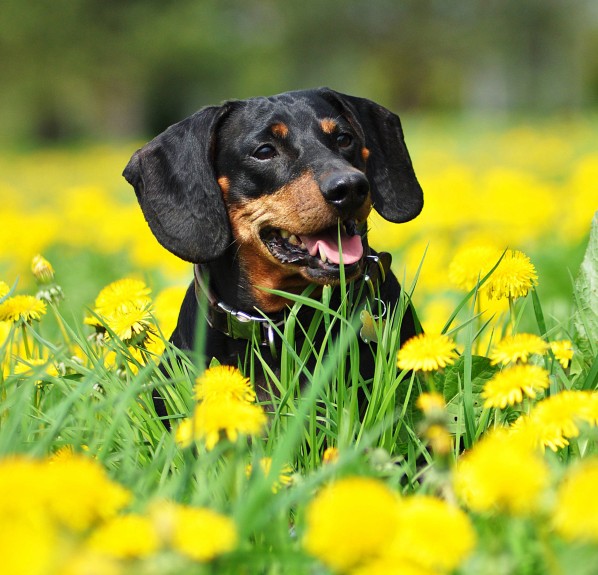