A huge personality in a pint-sized pooch.

Loyal companions and fun-loving balls of energy; what Chihuahuas lack in size they more than make up for in personality!

What you see is definitely not what you get with this adorable tiny dog, so if you’re after a meek, low-maintenance lapdog, you might want to look elsewhere.

Chihuahuas are intelligent little dogs with huge personalities. They love to play mentally challenging games and training them can be very rewarding. However, these pups are as stubborn as they come so don’t expect obedience every time.

Chihuahuas are very adaptable so can be happy living anywhere from a city apartment to a large farmhouse as long as they are getting enough daily exercise.

They do suffer from separation anxiety so are happiest living with someone who is home most of the day, or at least, where there is another dog to keep your Chihuahua company.

The chihuahua has become a very popular breed because they are the smallest breed of dog, and often an ideal dog for those less active. 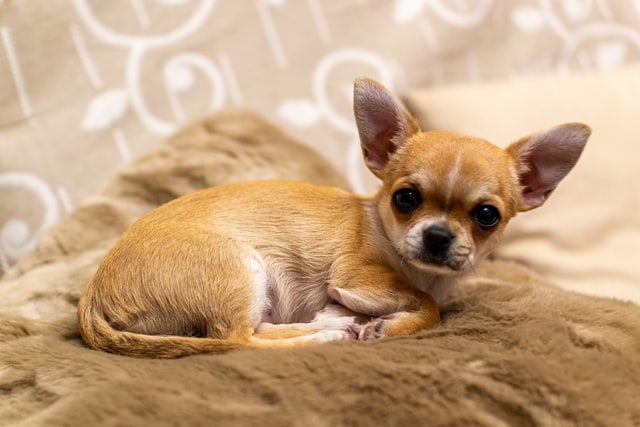 History Of The Chihuahua

Chihuahua-like dogs are found in artifacts way back in history from ancient civilizations like the Aztecs. Chihuahuas were popular in Central and South America, and then Spanish traders brought them around the world.

These small native dogs were very popular in the Mexican state of Chihuahua. Americans began to take interest in these small dogs in the late 1800s.

Because of their stubborn and intelligent nature, it’s important to start training whilst your Chihuahua is young and to keep the training going throughout its life.

They can be trained to not yap too much (great if they are living in an apartment), and should be well socialized with other dogs, small animals and people.

As Chihuahuas are such small dogs, they are subject to being picked up and handled an awful lot, if they are not taught from a young age that this is a good experience (such as with treats every time they are picked up) then they could become anxious or even aggressive when picked up in the future.

Chihuahuas can be socialized with children but it is not recommended to bring a Chihuahua into a home with young children who do not understand how fragile these tiny dogs are.

In general, Chihuahuas are not big fans of noise so quieter households with older children are best.

Adopting A Chihuahua From Breeders Or Rescues

Chihuahuas varieties and mixed breeds can also be found at rescues and in shelters.

Exercise And Nutrition Of Chihuahuas

Chihuahuas do not need a great deal of exercise due to their size, so 30 minutes a day should be enough. If needs be, for example if the weather is particularly cold, this can even be achieved with 30 minutes of energetic play in the home.

Be careful if walking your Chihuahua near water as they are not strong swimmers and could easily drown if they fall in unexpectedly. Luckily the breed is not keen on water in general and will avoid it when possible.

Equally important for the Chihuahua is mental exercise. Their intelligence makes them easily bored so games such as hiding toys or treats for them to find go down very well.

Chihuahuas have fast metabolisms and should be given 3 small meals spread out evenly throughout the day right up until 12 months old, with some faring better on 3 meals a day for their whole life.

In terms of nutrition, they should be fed nutritionally balanced meals that are low in fat and don’t include any bones or large chunks that they could choke on. Speak to your vet for advice on the best diet for your dog.

Chihuahuas can be found with two distinct head types; apple shaped and deer shaped. Apple shaped heads are more desirable, but dogs with deer shaped heads seem to have fewer health problems. However, both types can be susceptible to illness so it’s a good idea to insure your Chihuahua while they’re still a puppy.

To accommodate for their large heads and small hips, apple headed Chihuahuas are born with a soft skull which hardens over the next few weeks. Extra care must be taken during this time to protect your puppy’s head as it could be easily hurt.

Chihuahuas are one of several breeds particularly prone to seizures. These can be triggered by a variety of environmental factors, or even be seemingly random.

Once a seizure has occurred it is important to bring your dog to a veterinarian as soon as possible, and they will be able to treat the immediate situation and advise on on-going management of the epilepsy (if that is deemed to be the cause of the seizure). Find out more about Epilepsy in dogs here.

Some vets not familiar with the breed misdiagnose the soft skull as this condition which is characterized by a build up of fluid inside the skull. However, even when their skulls are fully formed the breed is sadly more susceptible to Hydrocephalus than other breeds.

Hypoglycemia is caused by a rapid drop of blood sugar levels in your dog. The Chihuahua’s susceptibility to this is the main reason that young Chis are fed small but frequent meals throughout the day, instead of progressing to 2 meals a day sooner.

It is not a disease in itself but a symptom of underlying issues with glucose metabolism. If you recognize signs of weakness, disorientation or unusual appetite (either more or less) then head to the vet straight away.

Those bright upright ears may be beautiful, but they catch all kinds of dust, dirt and creepy crawlies in there. It’s important to clean your pup’s ears regularly (your veterinarian can show you how to do this safely) to avoid infections which can be uncomfortable for your dog and even lead to deafness in severe cases.

This is common in a lot of small breeds. It occurs when the Patellar (the joining of thigh, knee and calf) is misaligned, causing too much strain on the bones. This can cause lameness in extreme cases.

Most of the time Patellar Luxation can be recognized at birth but in some cases symptoms won’t appear until the dog is older.

Chihuahuas were blessed with gorgeous big eyes, but those permanent puppy eyes do come at a cost. Being so big and low to the ground they are prone to getting dirt in them which can scratch the eye or cause infections.

Any redness or tearing should be brought to the attention of your veterinarian before it has a chance to develop into something more serious. 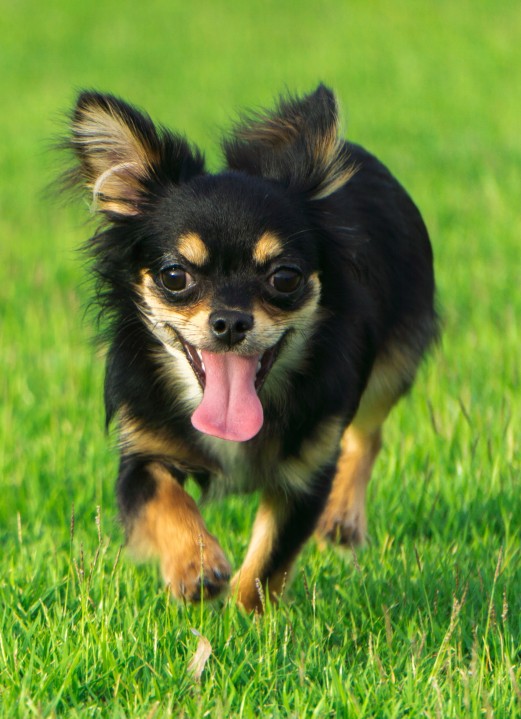 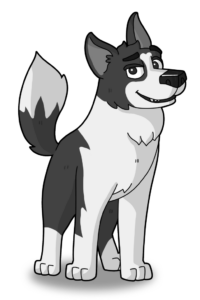