Best suited to home or apartment dwellers in cooler climates.

Bulldogs are known for their friendly and gentle disposition and even temperament, making them the ideal family companion and watchdog.

Bulldogs tend to be a fairly laid-back dog breed, sometimes choosing to remain inactive throughout the day, especially as the temperature climbs, making them a popular dog breed with both house and apartment dwellers.

Bulldogs do not tolerate heat, therefore the temperature of their living environment must be carefully monitored. Luckily for bulldog owners living in hot climates, the Bulldog does not require the same high levels of exercise that similar-sized breeds need. 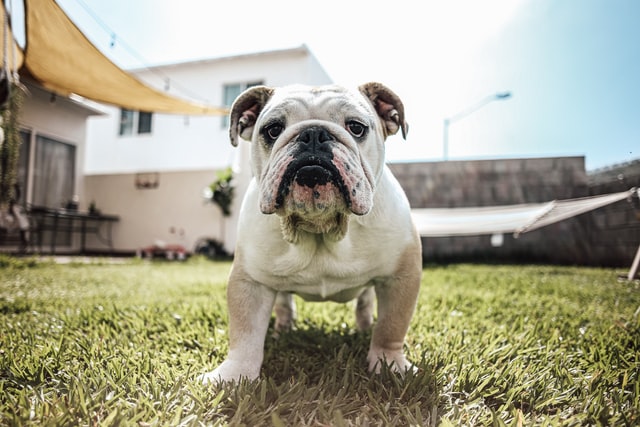 History of The Bulldog Breed

The bulldog was first bred for bull-baiting in the 13th century. Bull baiting and blood sports became banned in the 1800s, which is when people began breeding bulldogs with terriers.

The AKC recognized the breed in the late 1880s, and the bulldog became a national symbol of England. Bulldogs are commonly used as a mascot for sports, colleges, and more.

Characteristics Of The Bulldog Breed

The bulldog is a muscular, thick-set dog with wide shoulders and low slung body. The bulldog’s face is easily recognizable because they have a wrinkled face with a short muzzle, also known as a brachycephalic breed. It is a breed standard for them to have an underbite.

A bulldog’s coat can be fawn, brindle, solid white, red, or a combination with markings. The breed standard for weight is 40-50 lbs.

The Bulldog is an affectionate dog breed that is known to be good with children and other dogs. Most bulldogs wheeze and snore often later in life because of their short snout.

Adopting a Bulldog From Breeders Or A Rescue

Most bulldog litters must be delivered by a c-section because of their massive heads. It is recommended to choose an accredited American Kennel Club or Bulldog Club breeder to avoid degenerative joint disease, hip dysplasia, and other hereditary health problems that purebred dogs can have.

The English Bulldog and British Bulldog are in fact the same dog breeds, not to be confused with the smaller French Bulldog.

Exercise And Nutrition of Bulldogs

Bulldogs require up to an hour of exercise a day when fully grown, but remember to watch out for the midday heat as walking them in the sun isn’t good for their health.

Bulldogs need to be fed high-quality dog food up to twice daily. Make sure your Bulldog has fresh water available at all times to avoid dehydration.

Sometimes bulldogs food intake need to be monitored because they can overeat and have weight gain.

If you are unsure or have any questions about how much to feed your Bulldog and how often, please consult your veterinarian.

The bulldog does have their share of health issues, mostly due to their short noses, wide torsos, and narrow waists, which is why it’s a good idea to take out pet insurance for your Bulldog while they’re still a puppy.

Bulldogs often experience respiratory problems, the most common of which is an elongated soft pallet.

With this disorder comes the risk of breathing difficulties, vomiting and excitability. Laser surgery is often the most viable option for correcting this common condition.

Bloat is a serious concern amongst Bulldog owners, and this problem arises when the canine swallows too much air while eating and the stomach subsequently fills with air.

This can then lead to a dangerous condition known as gastric torsion, which involves the stomach twisting and cutting off circulation to the stomach and spleen.

Gastric torsion can be fatal, so it’s important to seek advice from your veterinarian as soon as possible if you think your dog may have this condition.

Eye problems are also common in Bulldogs, and the breed can frequently suffer from conditions known as cherry eye, ectropion, and entropion.

The latter is caused by the excess skin on the dog’s face, while cherry eye is caused by the protrusion of the lachrymal gland out through the eye. All three of these common conditions require surgery to correct.

Eczema and acne are also common conditions that require continual maintenance once they have developed in your dog. However, your veterinarian will be able to offer advice around how best to manage these conditions. 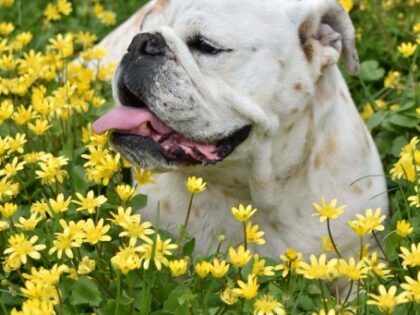