Got a dog? Does the following scenario sound familiar?

You’re walking your dog on a very pretty day, enjoying the sun on your face and the breeze on your skin. Suddenly, and without warning, your dog drops to the ground and begins rolling around in something truly disgusting. Before you even know what has happened, he has completely covered himself in a stench that shakes you to your core. 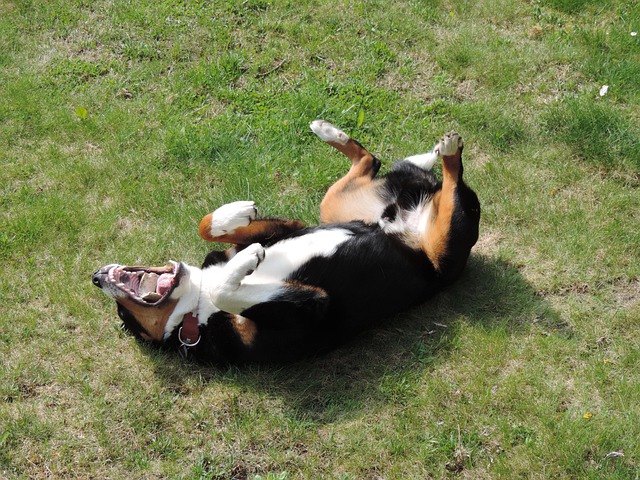 Whether it’s poop or something dead, you have probably wondered to yourself why on Earth your dog would intentionally do this. We know that a dog’s sense of smell is far more powerful than our own. Shouldn’t these disgusting smells disgust them even more? Does he actually like this smell? If so, why not smell it and walk on? Why does he have to try and cover himself in the stench from head to tail?

Here Are Some Theories…

For as long as humans have been sharing their lives with dogs, dogs have been disgusting us by rolling around in some pretty weird stuff. Yet, veterinarians and canine behaviorists are still uncertain exactly why dogs roll around in weird stuff. They do have some pretty good theories, however:

Covering Their Own Scent

One theory as to why dogs roll around in stuff that makes us gag is to cover their own scent, essentially hiding under the radar from prey and other predators. This seems plausible, but it’s not the only theory.

While you and I may not be big fans of the smell of a dead fish that has been rotting in the sun for four days, your dog thinks that smell is heavenly and feels joy rolling around in the scent. It makes sense (or rather scents). Many of us love the smell of vanilla or coffee and do we not slather these scented lotions on our body?

A Method of Communication

Yet another theory suggests that since dogs have such a keen sense of smell, they roll around in smelly things to communicate with other dogs about where they’ve been. This was important back in the day when dogs roamed around the Earth in packs. While they no longer roam in this way, dogs still want to share information and their experiences with other dogs. It’s simply natural for them to want to do so. 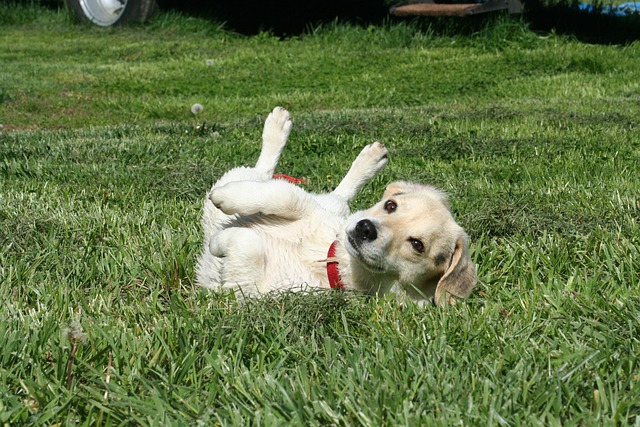 It’s common for groups of people to want to brand themselves in some way. This is why sports teams (and their fans) all wear the same uniform. Well, packs of dogs were no different. Some suggest dogs would all roll around in the same scent to create a certain “pack smell.” While our domesticated dogs don’t have a need for this behavior, it may simply be an ingrained ritual they can’t let go of.

Can I Stop My Dog from Rolling Around in Gross Stuff?

We’ve just seen many theories as to why your dog may roll around in gross and weird stuff and all of them suggest this behavior is perfectly natural. Having said that, you obviously don’t want your car or house to smell like death or poop.

While stopping this behavior 100% may not be possible, there are things you can try and do to prevent this smelly nightmare:

It’s easy for us to become distracted on our daily walks with our pups, especially if we are chatting with a neighbor or talking on our phone. Understand that your dog can sniff out a stench way before you will ever see potential danger. This means you’ve really got to be on you’re a game when walking your dog. Always scan your surroundings for poop, dead animals or other potentially smelly things. If your dog has a habit of wanting to roll around in his own poop, be sure to pick it up as quickly as possible. 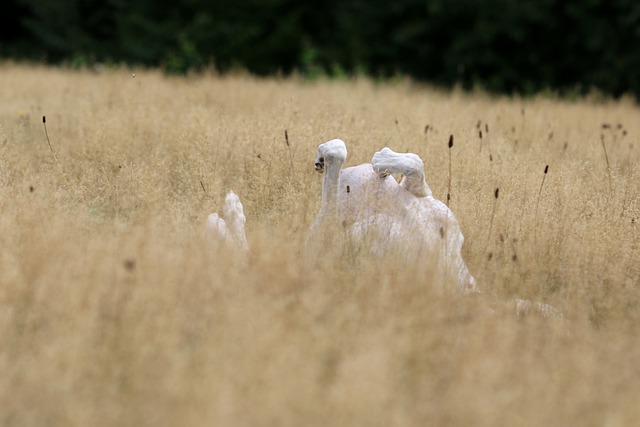 Use a Short Leash

Many dog owners walk their dog using a retractable leash. But this makes it hard for you to have real control over where he or she goes. Using a short leash, particularly in unfamiliar areas, such as new trailheads, can help you to prevent your dog from coming in contact with a stinky object.

If your dog is just too quick and they find something and begin rolling around before you have a chance to intercept, then start to do something that annoys then, like clapping or making a loud noise, when they begin rolling. Your dog will eventually learn to associate rolling in smelly stuff with bad experiences and hopefully stop this behavior. 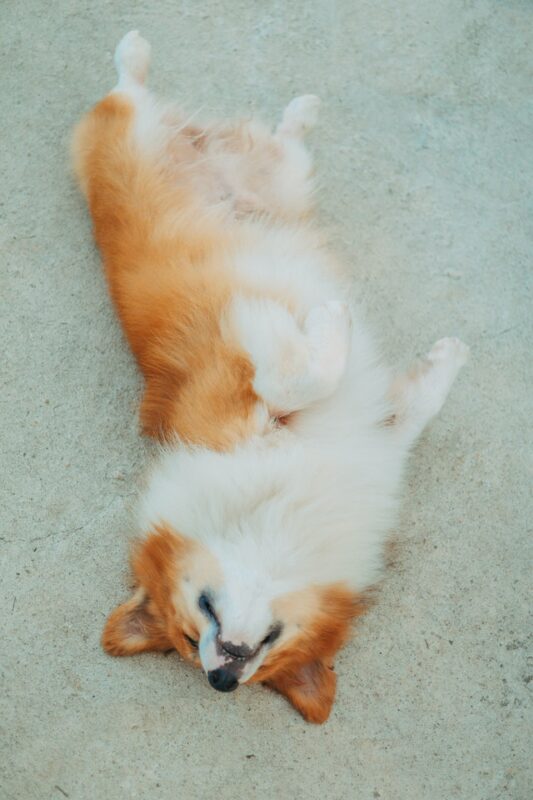 While this behavior may truly disgust you, remember, your dog isn’t weird for rolling in gross stuff, it’s just a natural instinct for perhaps a variety of reasons. Punishing or scolding your dog really shouldn’t be an option, as again, they are simply giving in to a natural instinct. Instead, try the tips we’ve provided to see if you can mitigate the stench before it happens!

There are many different things that are unpleasant in life. Your dog smelling like dead fish for an entire car ride is definitely up there. But so is getting hit with a high vet bill that you didn’t expect.

Protect your pup and your wallet by getting a comprehensive pet health insurance plan. Did you know some plans can reimburse you up to 90% of the bill?

Let us help you help your best furry friend. Get a free insurance quote today.